We like parades.  They are free entertainment and little kids love them. Not to mention all the candy they get as well.  We got to go to two parades six days apart.  It would have been better to have had more time in between them, since we are all done now.  But that’s okay we still had fun.  The first one we went to was the Mountain Lake parade.

I dressed them alike.  Sometimes you have to spend the big dollars and get something cute! 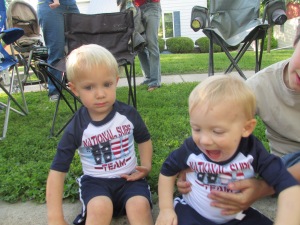 The best part is eating all the candy people throw at you. It’s a good thing that we don’t

go to parades year round. 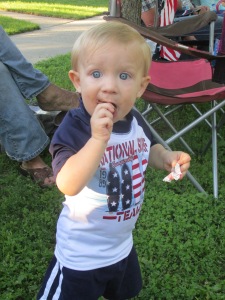 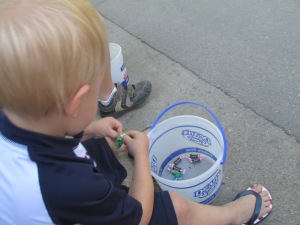 Titus walked in this parade so he didn’t get to sit with us.

I love the way they point when they are excited about something. 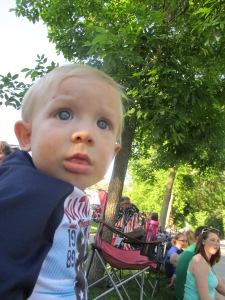 I kept trying to get a cute picture with both of them sitting down.

As you can see it was hard to do. 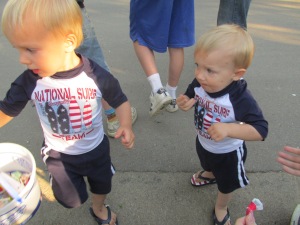 Six days later we went to the St. James parade. We went with my mom, Emma, Sirena and her kids.  My boys had a lot of fun with Avah, Emma and Hunter. This parade was almost rained out and we were excited when it still went on.  It was a long parade, 2 hours, no joke!  Not sure if it was supposed to be that long or if the rain had something to do with it.

The only picture with all five kids: 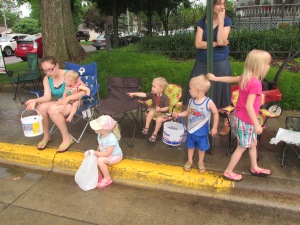 Too much candy too late in the day? Not sure what’s with these silly boys! 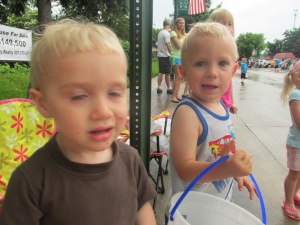 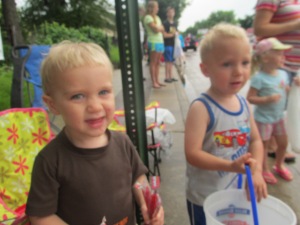 Watching the marching/dancing bands.  The kids really liked these a lot which is a good thing because there were a lot of them! 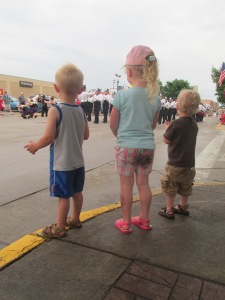 Emma, James and Hunter, and one picture with Avah: